5 Challenges to Know before Contracting with the Federal Government 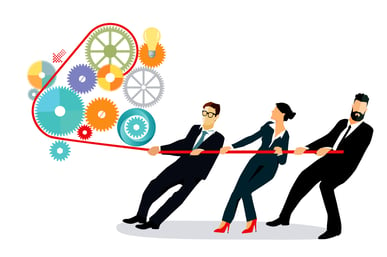 If your company is poised to bid on contracts with the federal government, you will likely encounter challenges with procurement regulations and bureaucracy. Entering into a partnership with a government agency can be a veritable minefield of stress-inducing scenarios.

Before you make the leap, be aware that the life of a government contractor requires a strong stomach; here are five reasons why.

The federal government’s on-going budgetary constraints are felt by contractors as they are pushed to lower prices more and more. Companies that contract with the government are expected to be more efficient and reduce costs--all while still providing the same quality service. The government still has a tendency to award projects based on lowest price and technically acceptable instead of best value, making it difficult for many firms to compete.

The burden of regulations facing government contractors is another reason you may need to brace yourself before signing a contract. Government contracts are heavily regulated (by the FAR, CAS, DFARs) to ensure uniform policies and practices across agencies, but the typical government regulations document practically requires a Rosetta Stone to decipher. Even though the Plain Writing Act was passed several years ago, some agencies still use convoluted language and jargon, which can make negotiations confusing and cumbersome.

Bid protests are a nuisance awaiting many new contractors. Even if a prospective contractor has done everything right while preparing for and submitting a bid or proposal to the government, that hard fought contract award runs the risk of being protested by a competing contractor. Competitors may protest on the basis that the solicitation for the bid was flawed, or that something was amiss in the government's source selection process. Unfortunately, these types of protests are frequent in today's competitive environment. Contractors must be prepared to defend against a competing contractor's protest through litigation or a form of alternative dispute resolution. When protests arise, contractors risk losing a revenue producing opportunity and incurring the cost of defending itself against competitors.

As if the preceding challenges aren't enough to complicate the contracting business environment, the unpredictable nature of government spending can keep you up at night, as you stress over risk and uncertainty. Government contractors must operate within an extremely volatile environment, as budget cuts, re-appropriations and consolidations occur within the agencies. Contractors must also look out for contract change orders and terminations since the government retains the unilateral right to redirect priorities. The government generally has the right to terminate its contracts at its convenience for any reason. For example, a contract is terminated when funding for a program runs out under a continuing resolution.

Want to learn more about the challenges and solutions of contracting
with the Federal Government?