Handling Unallowable Costs in your Accounting Books of Record 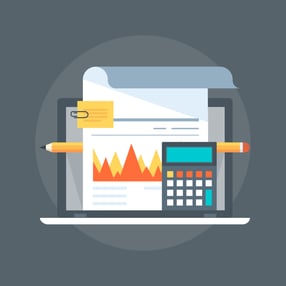 In our 2019 article that encouraged federal government contractors to gain an in-depth understanding of unallowable costs, the question arose as to how to best handle the recording of such costs in your accounting books of record as they are incurred. The concept of an unallowable cost can be more accurately be thought of as an "unrecoverable" cost. In other words, there is nothing inherently forbidden or illegal about incurring such costs during the normal course of conducting business, but these costs cannot be passed along to your US government customer with the expectation that you should or will be reimbursed. And if you do fail to exclude these costs in a consistent way, you can be penalized and even fined and not because the costs were incurred, but because the costs were passed through whether intentionally or not. Therefore, you'll need to have the systems in place to identify and record these costs in a segregated way so that they do not become co-mingled with allowable costs that can be recovered.

What about the handling of unallowable costs other than those of a G&A nature? Take travel costs into consideration as most business-related travel is allowable "...to the extent that they do not exceed on a daily basis the maximum per diem rates in effect at the time of travel as set forth in the-Federal Travel Regulations." Unallowable travel expenditures where the per diem rate is exceeded as such could be classified as an overhead or as a direct expense.  That said, it wouldn't be prudent to lump such travel expenses into the unallowable G&A section of your chart of accounts as described above since they are incurred for distinctly different purposes other than for the benefit of your business as a whole. And, should the unallowable travel expense be incurred as a direct expense (e.g. first class airfare), then by treating this cost as G&A would not provide you with an accurate job cost report that would reflect the actual direct costs incurred for performance on a particular contract or task order.

Fortunately, purpose-built job costing software for government contractors (i.e., SYMPAQ) provide an efficient method for marking a G/L account as unallowable, regardless of where it might be defined or grouped in your chart of accounts. You are given the capability of adding accounts within their natural grouping (Direct, Fringe Benefits, Overhead, G&A) in your books of record by simply checking a box when defining the account:

In the above illustration, whenever the Account Unallowable box is checked, SYMPAQ has the built-n business rules to automatically handle the account in accordance with the Federal Acquisition Regulations.

Whether you choose to conform with SF1408 criterion "Exclusion from costs charged to government contracts of amounts which are not allowable in terms of FAR 31, Contract Cost Principles and Procedures" by either designating an unallowable section of your chart of accounts or by using a checkbox to flag unallowable expenses, be certain not to overlook this all-important step with respect to passing your DCAA pre-award survey.

A New Filing Option for Tax Forms is Here!

SYMPAQ is not integrated w/ Yearli - an e-filing cloud program that automates both your Federal & State form filings + automated mailing. Read the Blog

Handling Unallowable Costs in your Accounting Books of Record

Do you have the systems in place to identify and record 'unrecoverable' costs in a segregated way so that they do not become co-mingled with allowable costs that can be recovered? Read the Blog

You can't let your guard down when it comes to cybersecurity. Cyberattacks take place every eleven seconds on average, so you need to be sure your software works around the clock to stay secure. Read the Blog