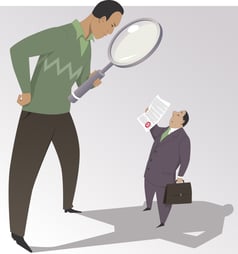 When it comes to the workforce, government contractors must be aware of regulatory minefields to avoid fines, debarment, and even jail time. To complicate things further, the Department of Labor (DOL) has placed increased emphasis on wage enforcement. Did you know that contractors have been debarred from bidding on government contracts because they did not comply with the Department of Labor requirements specified in the contract?

Over the course of the past year or so, a couple of our clients have told us that they were awarded contracts that - unbeknownst to them - were covered by the Service Contract Labor Standards, often referred to by its former name of the Service Contract Act. To their surprise, they were subsequently informed by the Department of Labor that they owed their employees who performed on the contract – both past and present - their back pay for unpaid health and welfare benefits. They have learned the hard way that when you perform work on contracts, you must strictly adhere to the compensation and reporting requirements specified. As the saying goes, "Ignorance is not an excuse."

The Service Contract Labor Standards dates back to 1965 when the U.S. Congress passed The McNamara-O’Hara Act. This law was passed at a time when more and more non-construction “service” jobs (e.g., custodial services, food services, logistics/transportation services) that were formerly performed by federal employees got outsourced to the private sector, ostensibly to save taxpayer money and improve efficiencies. However, since many former government services workers were joining the employment rolls of commercial entities to perform these jobs; the law was enacted to preserve comparable prevailing wages in order to protect these same workers from lower pay scales and fewer fringe benefits than they had previously received as federal workers. To level the playing field, a health and welfare fringe benefit pay-rate was established to compensate service workers in addition to their hourly wage.

The DOL's Wage and Hour Division (WHD) has become more aggressive in investigating and prosecuting violations pertaining to worker misclassifications under the Service Contract Labor Standards, Davis-Bacon Act, and Fair Labor Standards Act. The WHD is increasing its number of cooperative agreements, or Memoranda of Understandings (MOUs), to expand its enforcement reach in order to identify affected work forces while pursuing legal action against employers who willingly misclassify their employees and are not paying the correct health and welfare benefits, overtime compensation, and unemployment insurance taxes. The WHD has MOUs with a number of States, allowing it to share information and coordinate efforts more easily.

The WHD is using enterprise-wide enforcement, whereby if it receives an SCLS/DBA/FLSA complaint about an employer at one work site, it will investigate all other work sites operated by that same employer for similar violations. In other words, once you're found guilty of one violation, you're likely guilty until proven innocent for a host of other infractions. The WHD is also bringing in other Department of Labor agencies (such as the Occupational Safety and Health Administration, or OSHA) to investigate in tandem with WHD's investigators to dig up even more dirt.

If you're concerned about compliance, one of the best things you can do is to brief your contract award(s) to make certain that it does or does not contain provisions about the Service Contract Labor Standards. While in some cases the contract text will not specify language specific to the health and welfare benefit, be cognizant of references to FAR Subpart 22.10. Even the smallest oversight can snowball into a costly problem.

One way to ensure compliance is to use an accounting software package that organizes compensation data more clearly. For example, with SYMPAQ, clients can pay employees a base hourly rate and compensate the employee fringe rate by adding that hourly rate as compensation under a category labeled "Fringe." To measure and report the employer’s adherence to the compensation requirements, you can use SYMPAQ Labor & Leave and Payroll reporting to track the average base pay per hours and the hourly fringe rate by person to verify compliance with the compensation requirements. 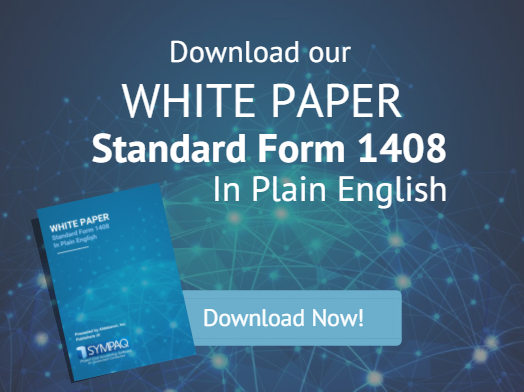