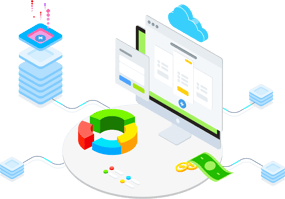 While I was performing a demonstration not long ago, a curious question was posed by one of the participants. That is, "Do my indirect rate variances between actual and provisional rates show up in the SYMPAQ General Ledger?" This wasn't the first time this question has been asked, so it got me thinking about why a variance between actual indirect rates that are calculated in your G/L and negotiated, temporary billing rates that are used by your billing system would belong in your trial balance.

We can all agree that it is imperative that you have a mechanism in place to track your indirect variances throughout the course of a given year when performing under a flexibly priced (e.g., CPFF) contract. This is because when the time comes to prepare your DCAA ICE submission, you don’t want to be significantly underspent or overspent on your provisional billing rates compared to what you have actually incurred. In other words, if you find that you have accumulated actual indirect expenses on a year-to-date basis at a rate that’s less than your provisional billing rate, then you will owe your government customer a refund. Conversely, if you have accumulated indirect rates at a higher rate than your provisional rate(s), then you can recoup the difference through a retroactive billing rate voucher but doing this is not without risk. Contracting Officers tend to become agitated at the appearance of a contractor carelessly having underestimated (or deliberately having low-balled) their provisional rates to win an award, only to come back later to collect the difference. That said, do the differences between actual and provisional rates belong in your G/L with the accounts labeled something like “Unapplied Overhead Variance”, for example?

The SYMPAQ method – based on a design by a former DCAA auditor – is to calculate actual indirect rates but not accumulate rate variances in the G/L. Instead, indirect rates are allocated in the subsidiary Job Cost Ledger using actual, provisional or budgeted indirect rates. Therefore, both month-to-date and year-to-date variances are kept separate from your G/L chart of accounts and are applied to direct costs accumulated in your G/L by cost objective. The enables a user to run fully-burdened reports by Project or Task to specifically identify variances between actual indirect rates and those provisional rates used for billing purposes. At the same time, G/L budgets that are the basis of your forecasted provisional rates are defined at the G/L account detail level to provide the all-important actual versus budget reporting.

To conclude, while it is a matter of preference and there is no right or wrong answer to this question, it can be argued that a “clean” G/L without indirect rate variances interspersed is much preferred.