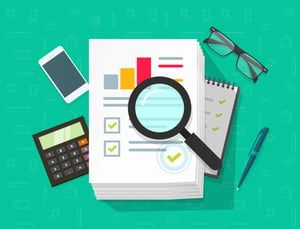 While unallowable costs represent a subset of cost reimbursable contracting (which in itself is mostly unique to federal government contracts), it's very true that these costs must be accounted for in ways that simply do not apply to commercial work. To be sure, there are certain expenses in the commercial business world that are not deductible such as penalties and fines when it comes to your corporate tax returns, so in that sense they are also considered "unallowable" as nondeductible expenses for income tax purposes. The difference is that the Selected Costs declared as unallowable in FAR 31.205 cannot be included in your invoices to your federal government customers, either as a direct charge or indirectly through your provisional indirect rates.

So then why would you want to include unallowable expenses in your indirect rate calculations in the first place? The answer is simple, you will include unallowable expenses in your indirect rates because in many cases you have incurred these expenses as part of your normal costs of doing business. And, yes, there are several expressly unallowable costs that can rather easily be avoided during the normal course of doing business. For example, if you have a line of credit from your bank and you incur interest on the outstanding loan balance, then the periodic interest expense is unallowable. So while the regulations state that unallowable costs "shall be identified and excluded from any billing, claim, or proposal applicable to a Government contract" primarily through the exclusion of these costs from your expense pool in your indirect rate calculations, that doesn't change the fact that you still incurred these costs. Therefore, your cost accounting system must provide the capability of calculating indirect rates on a period-to-date and year-to- date basis with unallowables included in your expense pool, and to contrast the result (quotient) with unallowables excluded from your expense pool.

By having this information at your fingertips, you can compare your indirect rates without unallowables included against your provisional billing indirect rates, while knowing your overall true cost of business operations by including the effect of unallowables in your actual indirect rates. Simply put, there is an "incurred" side of the ledger (e.g., job cost) and there is a "billed" side of the ledger. The incurred side includes unallowable costs while the billed side excludes unallowable (i.e., non-reimbursable) costs. With SYMPAQ's job costing and invoicing functionality, when indirect costs are allocated to direct costs for a given cost accounting period, your actual indirect rates are used for job costing (with an option to use provisional or budgeted rates) and your provisional rates are used for the purpose of billing your government customers.

For the dreaded upcoming tax form filing season that begins in January, you likely will be pleased to know that unlike with the past two tax filing seasons Read the Blog

When it comes to your business systems and related audits, you may be surprised to know that such systems extend beyond your accounting/financial system. Read the Blog

Cloud versus On Premise: Is there still a debate?

I was having a conversation recently with an individual who was inquiring about our latest client acquisitions, and the question was posed about how many were being hosted in an Azure cloud data cente[...] Read the Blog