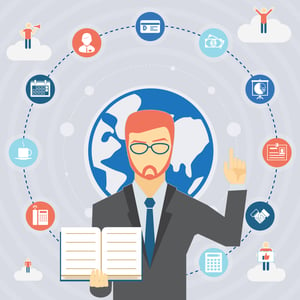 A word of advice - be sure you know the rules promulgated by the Federal Acquisition Regulations and Cost Accounting Standards (CAS) when you are a government contractor that conducts transactions between related companies.

It is fairly common for the clients we work with to have one or more related companies within their ownership and control. An inter-company transaction happens when one company (Company A) conducts business with another entity (Company B) where there is joint ownership of both entities by the related parties.

Furthermore, there are broad classes of inter-company transactions:

Inter-company transactions that flow from the parent to the subsidiary.

Inter-company transactions that flow from the subsidiary to the parent.

Inter-company transactions that flow from one subsidiary to another subsidiary.

The Federal Acquisition Regulations governing pricing and markups need to be of particular concern. By markups, If Company A charges a ten percent profit on materials sold to company B and vice versa, then Company B cannot charge additional markup on that profit. Also, did Company B buy materials from Company A at a higher price than can be procured by through using the normal open market supply chain?

Should you have inter-company transactions, they must be legally “arms length” transactions. Arms length is used in contract law to arrange an equitable agreement that will stand up to legal scrutiny, even though the parties may have shared interests (e.g., employer-employee) or are too closely related to be seen as completely independent (e.g., the parties have familial ties).

Here is a true story about of what can happen when you do not pay attention to the regulations, in particular FAR 31.205-26(e) Materials and FAR 52.215-22 - Limitations on Pass-Through Charges.

A husband and wife team owned and operated a very successful 30 million dollar a year government contractor. To support a large Time and Materials award from the U.S. Army, they setup commercial business whose primary business model was the procurement and assembly of computer systems. The new entity’s president was the son of the government contractors’ executive team.

A large part of the US Army award was the procurement of “off-the-shelf” components to be assembled, tested and delivered as part of the contract.

However, the owners of the government contractor did not have a grip on Federal Acquisition Regulations (FAR) that regulate transparency, procurement, and profit recognition relevant to inter company transactions. In other words, the transactions were not legally adjudicated as arm’s length.

The result of their not fully comprehending the legal requirements was legal action by the Department of Justice, the dissolution of both companies, an expensive trial and prison sentences for both the husband and wife.

The moral of this story is that, as a government contractor, you must understand the cost and pricing principles associated with owning multiple companies whose primary client is the federal government

As a result of common ownership between the entities, the financial results of inter- company transactions must be properly disclosed and accounted for under the rules governed by financial regulatory bodies and the DCAA.

Getting creative with your G&A Rate

In a previous article, we discussed the concept of Indirect Rates and provided a simple example of a fringe benefit rate calculation. We have found that many of our most successful clients have some o[...] Read the Blog